I've been too lazy/asleep to catch up on my blog.

Thursday, several of us from Yacht Rock met up at Turner Field to check out some possibly quicker ways to get live music happening after the game.  The proposed solution was that we would jump on the dugout roof and go in four minutes or less.  It was Mark Cobb on electronic drum pad, Nick on acoustic guitar, Pete on bongos, and me on saxophone (everybody else was unavailable).  I'm not sure if we proved it was possible or not--that configuration is not exactly our usual set up. 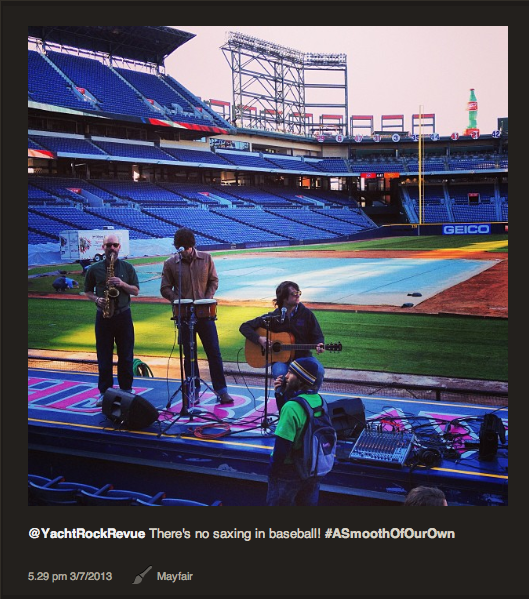 Anyway, I hope that they go back to the plan of pulling a preset stage out from the tunnel, plugging it in, and turning us loose.  Much better for us.  I think the compromise there would be monitors on the stage, but we would plug into the stadium PA--the other times that we've done the on field concert, they've had the main speakers out there with us, too.  Sounds good to me. 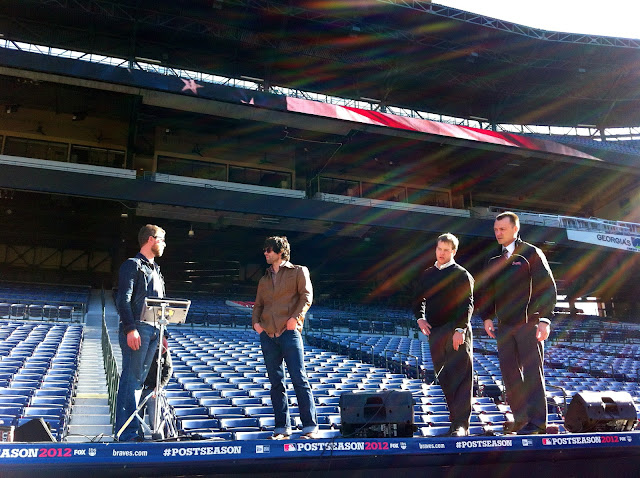 Nick asked what I wanted to sound check, so I suggested Young Americans.  Unfortunately, he played as much as he could remember before I could get my horn out.  So close!  Damnit!  I played all my David Sanborn stuff anyway. 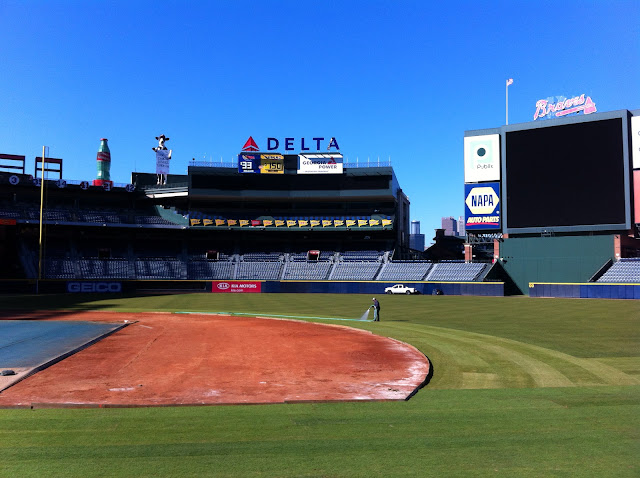 Hanging out at the stadium is cool.  Actually, it was pretty cold and windy--I had no jacket and my horn was super flat.  It didn't sound that great coming out of the stadium PA.  Oops. 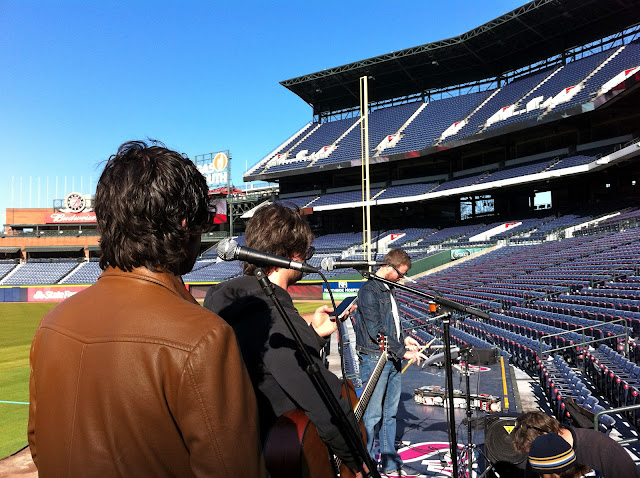 Saturday, we played a birthday party in Gainesville, GA at the Chattahoochee Country Club, scene of several Platinum band gigs.  I know it was a suburban country club, but the place was excited to see us, the load in was easy, and the party people were all dressed up and ready to go.  Not too bad!  We had Kevin Spencer subbing for Nick, who was performing a solo show at Eddie's Attic.  Since we had Kevin up front, we were able to vary the set list a little bit, so we hit on a few tunes the normal seven of us have avoided.  It was kinda sax heavy.  One was Takin' it to the Streets. 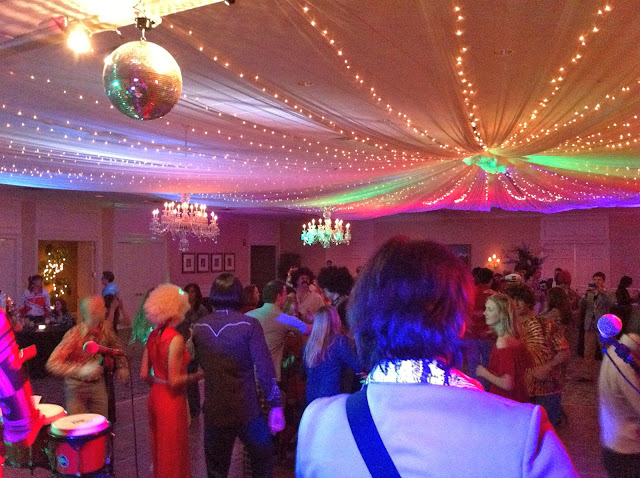 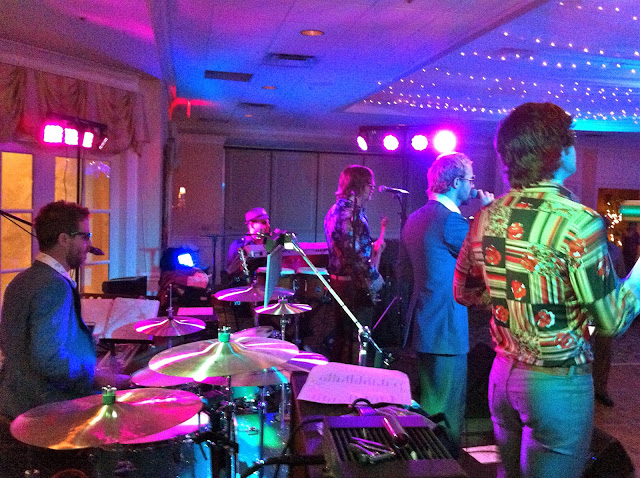 The very weird trend of wanting to take a picture with my mustache continues.  It started on the boat--"Can I get a picture with your mustache?"  The rest of me is a bonus.  I guess it's better that a Gorbachev birthmark.  Tonight, I took a picture with a guy to prove to his buddy that mine (not his buddy's) was the best mustache he'd ever seen.

The toughest part of this gig was the very end--the show finished at midnight, and by the time we loaded out, drove back to Atlanta, unloaded, and went our separate ways, it was super late.  Not a great night for day light savings time!  I got home and put all my gear away and finally crawled into bed at (new time) 5 AM.  Ouch.

Sunday began two hours later at 7 AM.  Ouch.  I played my morning church gig, and I really didn't feel bad while I was there--I was pretty coherent and not very grumpy.  I got home and went back to bed.  Late in the afternoon, I got up, showered, and went and played my other church gig.  Nothing to report there.

Yacht Rock is on the road this week, with stops in New Jersey, Philadelphia, New York City, and Washington DC.  Come see us!